It’s been almost a month since my last post. The fact that I’ve been more busy lately is my primary excuse. It it also the reason that I am again talking about stress. Chronic stress is a serious problem in our modern society and more and more studies are linking it to a variety of health issues. A recent article from Designs for Health discusses current research showing possible links between chronic stress and major depression.

First, a word on depression. Major Depression is a serious mood disorder, effecting millions of people in the united states and around the world. Greater awareness means that people suffering from this ailment have less need to fear being stigmatized for admitting that they have the disorder, or simple being told to “cheer up” by those who have no idea what they are really going through. Of course, these things do still happen and we need to help dispel the “mystery” for those less informed among us. From the DFH article:

Mood disorders, such as depression, generally are believed to result from imbalances in neurotransmitters. The three key neurotransmitters are dopamine, norepinephrine, and serotonin, which means that most medications target increasing their availability in the body. However, studies are finding that glucocorticoids, such as cortisol, may be impacting the body’s ability to utilize neurotransmitters and that chronic stress may be the culprit:

“Many experts believe we could point the finger to the rise in chronic stress as an underlying cause in our epidemic of mood disorders. “Stressed and depressed” is a tagline often used to describe current trends. Certainly, neurotransmitter imbalances lie at the root of depression and other mood disorders, but could it be possible that these roots are feeding in the soil of cortisol, the primary stress hormone?”

“The sustained secretion and circulation of glucocorticoids such as cortisol eventually alters the balance of neurotransmitters. They deplete dopamine, which decreases activity in the pleasure pathways of the brain; reduce norepinephrine, leading to a lack of motivation and alertness; and lower serotonin, reducing feelings of happiness and well-being.”

This certainly sounds like a recipe for depression. I encourage you to read the full article to find out about how chronic stress can impact the regeneration of neurons and the overall size of the hippocampus, leading to problems with memory as well as mood: 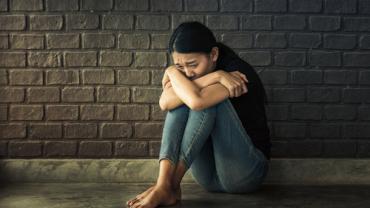 One final note on what we can do about stress. Chiropractic care is not only a fantastic way to treat musculoskeletal issues and improve the function of the spine, but it has direct impact on the nervous system through the spinal nerves and spinal cord. Please take a minute to look at our About Chiropractic page. Note in the image that Improved Moods is listed as a benefit. While chiropractic care will not take away your mood disorder or even your stress, it can help you feel better overall and that can only make you better equipped to handle whatever you are currently dealing with.

This site uses Akismet to reduce spam. Learn how your comment data is processed.